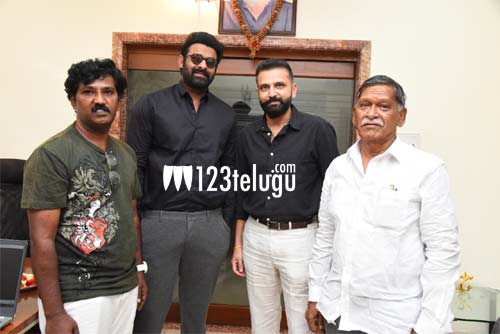 Hero Prabhas launched the teaser for 6 Teens and Sontham hero Rohit’s comeback film, Kalakaar. Prabhas appreciated the teaser and wished the team a grand success. Rohit dons the khakhi and plays a powerful police officer in the movie, which is billed to be an intense action entertainer.

Kalakaar’s hero Rohit, director Srinu Bandela and producer Venkat Reddy Jajapuram of AG and AG Entertainments banner thanked Prabhas for launching the teaser and supporting their film. The makers revealed that Kalakaar’s shoot has been wrapped up and that the first copy will be ready very soon. The makers are planning to release the film during the Dasara festive season.