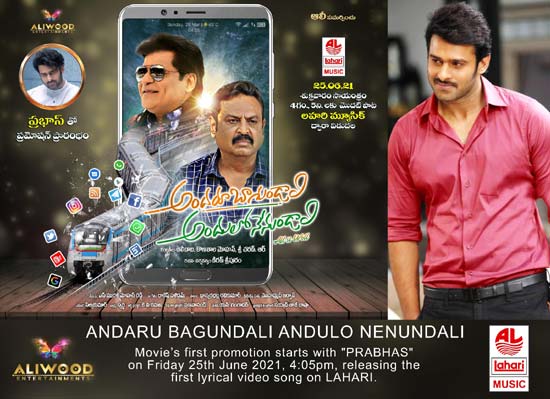 It is known that senior star comedian Ali is turning producer with a comedy entertainer, titled Andaru Bagundali Andulo Nenundali, under his banner Aliwood Entertainments. The film has wrapped up its shoot already and the post-production formalities are going on in full swing.

And the latest updates reveal that star hero Prabhas will be launching the first single’s lyrical video from the movie. The Adipurush star will be releasing the song tomorrow (June 25th) at 4:05 PM. Senior character artiste Naresh plays a key role in the movie. Mouryani is the leading lady in the movie, which is being directed by Sripuram Kiran.