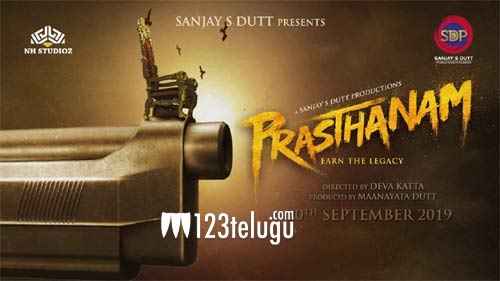 Prasthanam, the Hindi remake of the critically acclaimed Telugu political drama of the same title, is gearing up for release on September 20. Bollywood star Sanjay Dutt has produced the movie apart from reprising Sai Kumar’s role in the Hindi version. Deva Katta, the director of the Telugu original, has also helmed its remake.

Meanwhile, just a few weeks ahead of its release, Prasthanam’s Hindi version has landed in a major legal trouble. Popular Hindi digital distribution house Shemaroo has moved a court in Mumbai, alleging that it holds Prasthanam’s Hindi remake rights. Shemaroo alleged that it had approached Sanjay Dutt when he had announced the film last year, but the actor didn’t respond to their concerns.