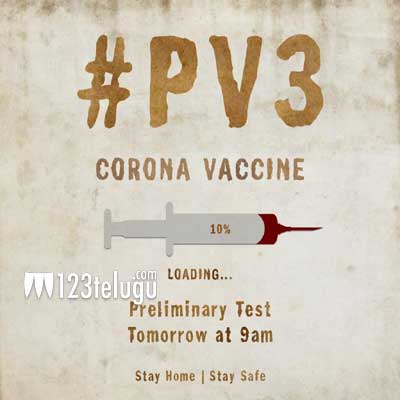 It’s been earlier reported that young director Prasanth Varma, the director of national award-winning AWE! and Rajasekhar’s Kalki, is coming up with a film on the deadly Coronavirus. Interestingly, Prashanth reportedly began shooting for the film even before the virus entered India.

As per the latest updates, this as-yet-untitled film’s pre-look poster will be unveiled tomorrow (May 29) at 9 am. Yesterday, Prashanth took to Twitter and released a couple of posters of Awe and Kalki and said that a secret to his next film lies in these posters. More details about the film will be out tomorrow.