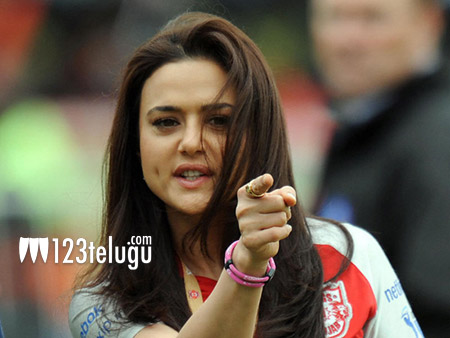 Priety Zinta has been in the news for the past two days for all the wrong reasons. There were reports in the media that Priety was issued a non bailable warrant in connection to a cheque bounce case. It was reported that she has issued a cheque to Abbas Tyrewala as a compensation for his work. However the cheque bounced and he had lodged a complaint and preity has skipped the hearing of the case thrice as a result of which she was issued a non bailable warrant.

However Preity was apparently very upset over thefalse news being published and vented out her anger on Twitter. She requested the media to get the facts right before publishing an article and was surprised to see that no media house has taken her statements officially and has condemned the news.