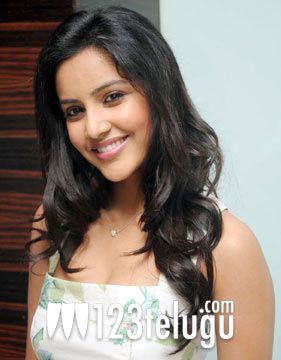 Priya Anand is a busy bee these days, thanks to back to back shooting schedules. Last month, she was shooting for Ko Ante Koti in Rajahmundry and then she flew to Hyderabad to take part in the final schedule of Priyadarshan’s upcoming Hindi film Rangrez. In between, she took a break for couple of days and flew to Chennai to promote English Vinglish along with Sridevi. Yesterday, she came back to Hyderabad again to shoot the remaining portion of Rangrez. The film is a remake of Shambo Shiva Shambo and Priya Anand is playing the lead role opposite Jacky Bhagnani. She’s all praises for Priyadarshan and cinematographer Santosh Sivan who managed to complete the entire film’s shooting at a breakneck speed. Now that she has wrapped up shooting her part in Rangrez, she has joined the team of Sharwanand’s Ko Ante Koti. Meanwhile, she’s eagerly awaiting the release of English Vinglish which will mark her debut in Hindi cinema.