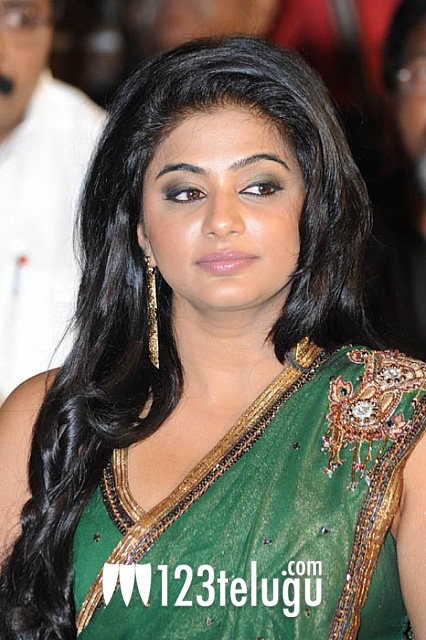 Priyamani has begun shooting for her upcoming Malayalam film Grandmaster which has Mohanlal in lead role. Although her career isn’t going great guns in Telugu, Priyamani has emerged as a big star in Kannada film industry. In 2010, Priyamani starred in a critically acclaimed Malayalam film, Pranchiyettan and the Saint starring Mammotty and two years later, she’s starring opposite the other big star, Mohanlal. She’s playing the role of a criminal lawyer in the film. B Unnikrishnan is directing the film and UTV Motion Pictures is producing the film.