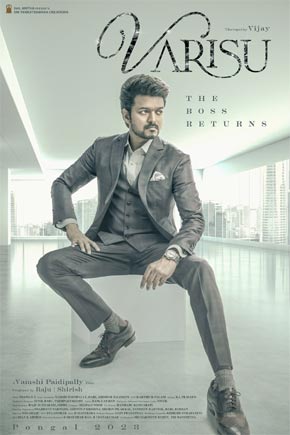 Earlier today, we reported that Vijay-starrer new movie Varisu has commenced its new schedule today in Vizag. Rashmika Mandanna is the love interest of the star actor in this movie.

Several netizens slammed the makers for shooting the film as the shooting of all Telugu movies halted from today onwards. So, Dil Raju has clarified that the cast and crew are not shooting any Telugu movie and also confirmed that only the Tamil version’s shoot is happening.

Varisu is also being made in Telugu. Titled Vaarasudu, the film has many star actors like Jayasudha, Prabhu, Sarathkumar, Prakash Raj and others in key roles. Thaman is providing soundtracks for this flick.