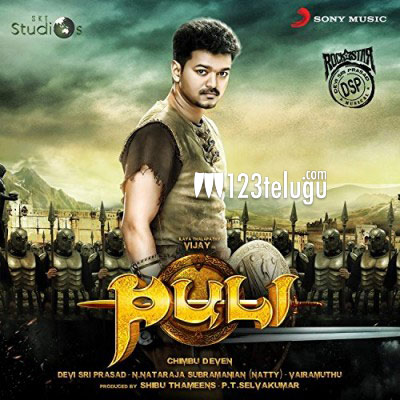 Even though the film got delayed by a day and received a mixed response, Puli has managed to collect decent collections over the weekend. The Vijay starrer managed to collect a total gross of nearly 60 crores world wide in its first four days of its release.

The Baahubali fever and a huge buzz among the family audience for this graphical extravaganza helped the film to amass such figures. Kids are especially lapping up this fantasy drama and the presence of a huge star cast has helped matters much.

Directed by Chimbu Deva, this film has Sridevi, Sudheep, Shruthi Haasan and Hansika as the female leads. Devi Sri Prasad is the music composer.