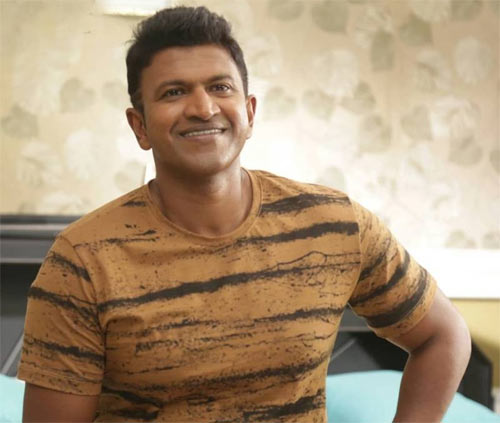 Telugu film stars have a huge fan following in Karnataka. Movies of many of the A-list heroes become blockbusters in the Kannada land thanks to the abundant love showered by the Kannada movie lovers. And when entire Karnataka is mourning Puneeth Rajkumar’s shocking demise, several popular Tollywood stars landed in Bengaluru to pay their last respects to the beloved Power Star.

Stars like Chiranjeevi, Balakrishna Venkatesh, NTR, Rana, Srikanth, Ali and a few others visited Sree Kanteerava Stadium to pay their homage to Puneeth’s mortal remains. All the Tollywood stars were visibly heartbroken seeing Puneeth resting and while consoling Puneeth’s elder brother Shiva Rajkumar and other friends and family members. Many other stars who couldn’t visit Bengaluru personally took to social media to extend their deepest condolences.

Needless to say, Kannada fans, especially the admirers of the Rajkumar family, are touched by this emotional gesture by Tollywood stars to their long-time friend and colleague.