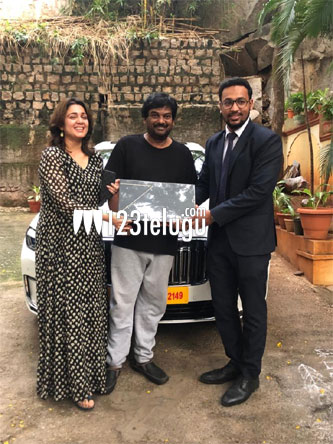 Director Puri Jagannadh and actress Charmme seem to be still basking in the much-needed success of their recent production, iSmart Shankar. The film collected nearly Rs 40 crore when it released a couple of months ago.

Celebrating their success in a grand manner, both Puri and Charmme have bought swanky luxury cars. While Puri brought home a grey color Range Rover Vogue, Charmme gifted herself a BMW 7 Series car. Puri is known for his flamboyant lifestyle, and Charmme seems to be following suit now.

Next, Puri and Charmme will be collaborating as co-producers for Akash Puri’s Romantic and Vijay Deverakonda’s Fighter.