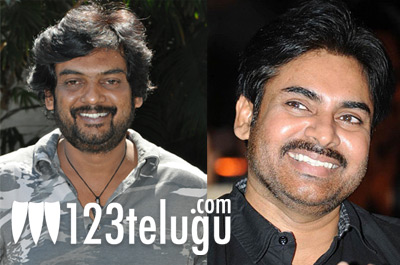 Maverick director Puri Jagan’s film ‘Devudu Chesina Manushulu’ has not received an encouraging response from the public. The backlash from public has been so severe that a shocked Puri Jagan is reportedly reviewing all the work he has done so far for Power Star Pawan Kalyan’s ‘Cameraman Ganga tho Rambabu’. This is the latest buzz being heard in Filmnagar.

It is being said that Puri is taking care to re-examine all the critical scenes of CMGR so that there will be no issues with screenplay and narration. Pawan Kalyan scored a massive hit with ‘Gabbar Singh’ and there are huge expectations from ‘Cameraman Ganga tho Rambabu’. Pawan and Puri teamed up for the blockbuster film ‘Badri’ earlier. Tamanna is the heroine in the movie and Mani Sharma is scoring the music. Danayya is producing the film. Let us hope Puri takes extra special care to make CMGR a sure shot hit.