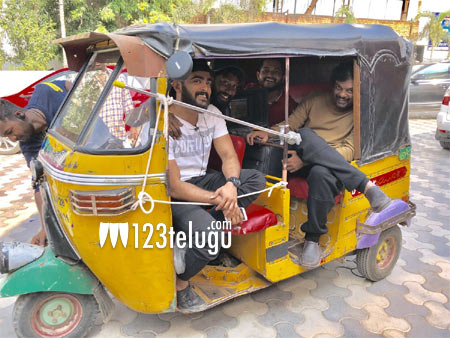 Puri Jagannadh had wrapped up a major North India schedule for his 33rd project, Mehbooba, a couple of weeks ago. After editing the already shot footage in the meantime, the director has just begun the film’s next schedule in Hyderabad.

Puri and his team have been shooting the film on Hyderabad roads. Apparently, the unit is canning a chase sequence in the latest schedule. Mehbooba is an intense romantic drama set against the backdrop of the 1971 Indo-Pak war. Puri’s son Akash Puri and Kannada starlet Neha Shetty are the main leads in the movie.

Sandeep Chowta is composing the music and Puri himself is producing the movie under Puri Jagannadh Touring Talkies banner.