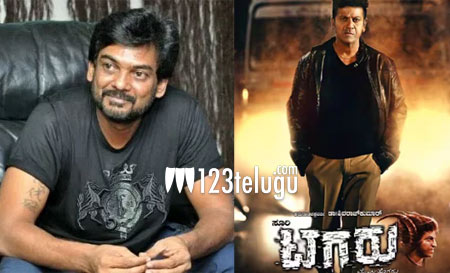 Director Puri Jagannadh is not new to the Kannada film industry. His 2001 Kannada debut film, Yuvaraja, had the Sandalwood superstar Shivarajkumar in the lead. Now, Puri will be flying to Bengaluru to watch the first day first show of Shivarajkumar’s latest movie, Tagaru. The film is directed by Duniya Soori.

“I love Duniya Soori’s work and I personally love Shivanna. I watched Tagaru’s trailer and loved it. From what I have seen, the making of the film is very good,” Puri said, revealing why he’s decided to grace Tagaru’s FDFS.

Tagaru is an action drama and it is produced by KP Srikanth. The film releases on February 9.