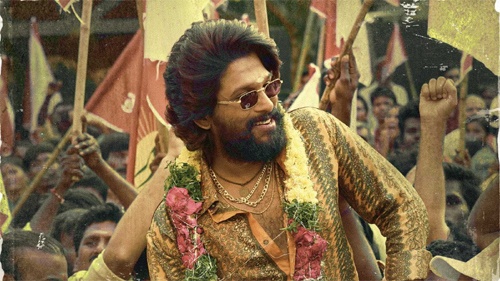 Allu Arjun and Sukumar’s highly-anticipated pan-India action drama, Pushpa The Rise, is carrying a terrific buzz ahead of its theatrical release. The songs and teasers have been getting a solid response, taking the hype around the film to the next level. The film marks Allu Arjun and Sukumar’s hat-trick outing and this further added to this massive hype.

Pushpa’s pre-release business has been in full swing for the last few weeks. As per the latest updates, the India-wide theatrical rights to Pushpa The Rise’s all the five versions, including Telugu, Tamil, Malayalam, Kannada and Hindi versions, have amassed a whopping Rs 250 crore. Distributors from across the country have shelled out big bucks to acquire the rights amid intense competition.

Pushpa The Rise is scheduled to open in cinemas worldwide on December 17. Mollywood star Fahadh Faasil, Kannada actor Dhananjaya, Rashmika Mandanna and Sunil will be seen in crucial roles in this Mythri Movie Makers and Muttamsetty Media’s joint production. The songs composed by DSP have become a huge hit with fans.