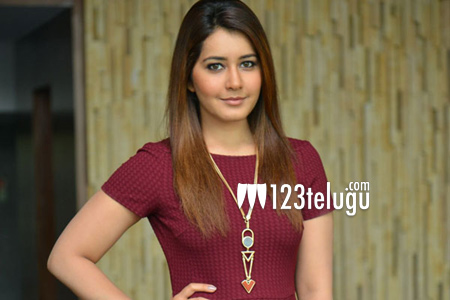 Ravishing Punjabi beauty Raashi Khanna is one of the most sought after actresses among the younger generation heroines at the moment. Fresh from the success of her latest release, Supreme, Raashi is currently shooting for Gopichand’s Oxygen.

Known for her gorgeous looks and glamour treats, Raashi is all set to surprise her fans in a total de-glam look in Oxygen. Raashi will be seen in half saris and traditional costumes and typical village belle’s attire.

Raashi plays an independent girl in the film and will be seen as Jagapathi Babu’s daughter.