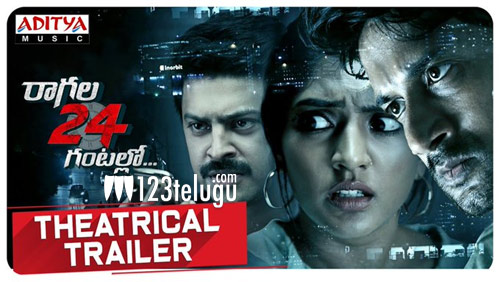 Eesha Rebba is slowly but steadily making her presence felt in Telugu. She is now back with a suspense thriller called Ragala 24 Gantallo.

The trailer of the film was launched today and the first impression is that the film is going to be a riveting murder mystery. Satyadev is seen as the man who gets murdered.

Eesha Rebba is seen as his wife and she plays a dark role which has a small twist attached to it. The BGM and visuals look nice and it is good to see talented actor Srikanth in a cop’s role.

Ragala 24 Gantallo is being directed by Srinivas Redde. Srinivas Kanuru is producing the movie under Sri Navahas Creations banner.