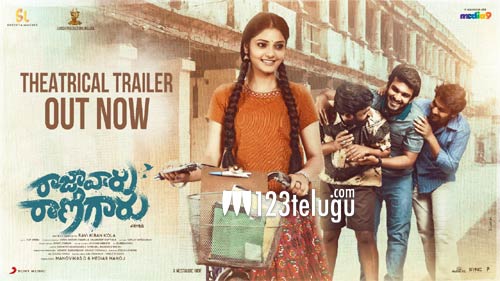 Raja Varu Rani Garu is a film that has been in the news for its realistic storyline and village-based love story.

The trailer has been released today and it looks really impressive. Set in the ’90s the film is a love story that has been narrated in an interesting manner.

The taking, visuals, BGM, and performance create a good vibe for this film. Directed by debutant Ravi Kiran, RVRG has Kiran Abbavaram playing the male lead in the film.

Rahasya is the female lead and she looks really expressive in her role. The release date of the film will be announced soon.