Rajamouli thanks Pawan-Mahesh-Dil Raju for postponing their films
Published on Dec 21, 2021 3:51 pm IST 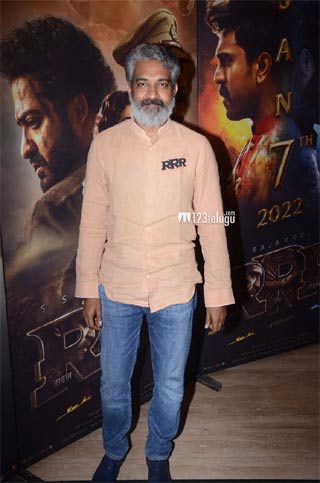 Sankranti 2022 releases have now been changed as a big film like Bheemla Nayak has been postponed to February 25th. Now, only RRR(Jan 7th), Radhe Shyam(14th Jan), and Bangarraju(release date yet to be fixed) will arrive for Sankranthi.

All this happened as the producer’s guild intervened and requested Pawan Kalyan to change the release date of Bheemla Nayan. Also, Dil Raju changed his release date of F3 and went to April so that the Sankranti releases would get enough theaters.

Seeing all these changes, Rajamouli was very happy and thanked everyone who co-operated with the releases.

In a series of tweets, Rajamouli thanked Pawan Kalyan and Dil Raju for shifting their release dates.

Rajamouli also thanked superstar Mahesh Babu especially as he was the one who took the initiative and moved out of the Sankranti race first and postponed Sarkaru Vaari Pata to April 1st.

.@urstrulyMahesh was the one who took the initative in decluttering the Pongal releases… Even though #SarkaruVaariPaata was a perfect Pongal film, he moved it to summer and created a healthy atmosphere. Thanks to my Hero 🙂 and also to the entire team at @MythriOfficial…

Also, thanks to Dil Raju garu and the #F3Movie team for shifting the release of their film. Best wishes ! @SVC_official

The decision by Chinababu garu and Pawan Kalyan garu to defer the release date of #BheemlaNayak is well appreciated. Wishing the team all the very best…:)