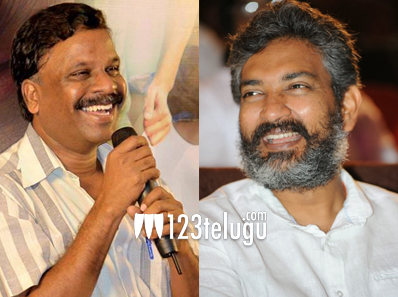 You have often seen ace director S S Rajamouli in the making videos of his films, but for the first time you will see him in a cameo role in the upcoming film Mana Kurralle. Directed by Veera Shankar, Rajamouli will play himself in the film, and has already shot for his portion.

Aravind Krishna and Rachana Malhotra play lead roles in this film. Speaking about the cameo, director Veera Shankar said that Rajmouli’s cameo is just a small role, and will come during a film event in the movie. He also thanked Rajamouli for accepting this role amidst his busy schedule.