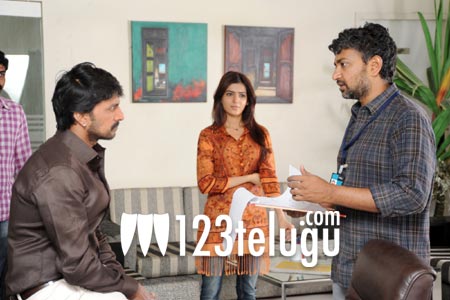 Master director S.S. Rajamouli’s special effects extravaganza, ‘Eega’, will most probably be hitting the screens on April 5th as per the information provided by the producers. The audio launch will be held in Hyderabad on March 22nd. The producers wanted to release the audio in the first week of March initially, but non availability of venue and other logistics issues necessitated a change in date to 22nd.

There is a keen interest surrounding this project as this format has never before been attempted in Telugu Cinema.Rajamouli has used advanced graphics to come up with an engaging story of how a fly takes its revenge on its enemies. Samantha, Nani and Sudeep will be seen in the lead roles in this movie.