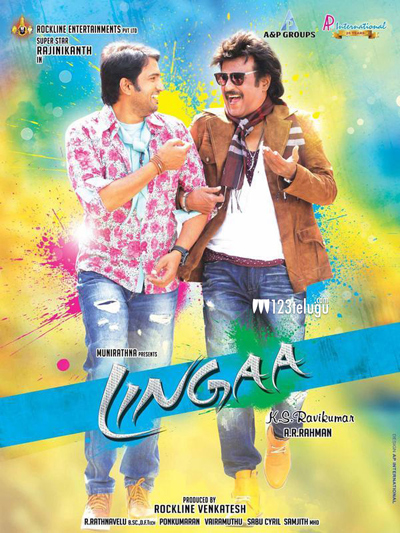 Superstar Rajinikanth is busy with a song shoot in Ramoji Film City. The song is being picturised on Rajinikanth and Sonakshi Sinha at a a specially erected set.

This set has been built by noted art director Sabu Cyril. KS Ravi Kumar is the director of this film and Rockline Venkatesh is the producer. Rahman composed the music for this song.

‘Lingaa ‘ is expected to release in the month of December and Rajinikanth will be seen in a dual role in this film.