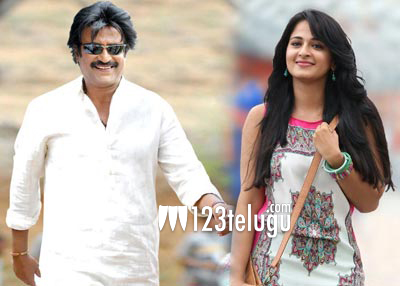 Whenever any Rajnikanth film is on the cards, things always look exciting. The shooting of his latest film Linga is currently going on in Ramoji Film City, and some key comedy scenes are being shot amidst a shopping backdrop.

Rajnikanth, Anushka and comedian Santhanma are taking part in these scenes. This will be a marathon schedule in Hyderabad, where most of the film will be completed.

Sonakshi Sinha is playing the other female lead in the film and A R Rahman composes the music.