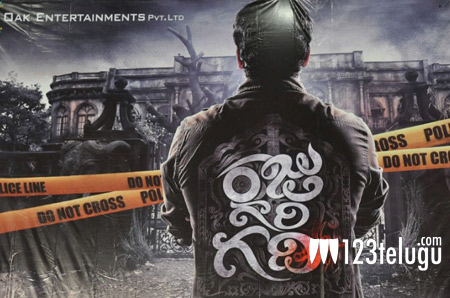 Director Omkhar, who is fondly known as Annayya, came to the limelight with his famous tv show Aata. After success on the small screen, Omkhar tried his hand in direction with his first film Genius, which was a debacle. After the debacle,
he decided to go into a genre that has recently become hugely famous and came out with Raju Gari Gadhi, which is a horror comedy,

Releasing on the eve of Dussera along with two other movies, Raju Gari Gadhi surprisingly is doing decent business despite the competition. Theatrical rights have been bought by the well-known producer Sai Korrapati and the promotions before the release have been successful as well. It is doing very well in single screens and decent in multiplexes.

The comic thriller will give good profits to the distributors and the satellite rights have already has fetched a decent amount.