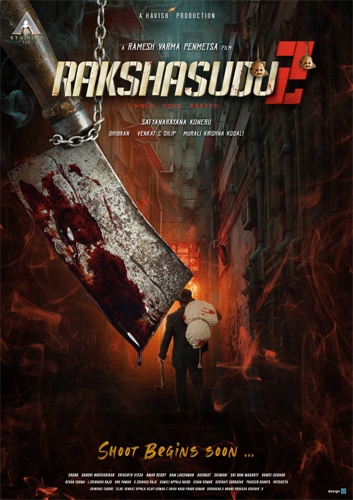 It is a known fact that Bellamkonda Sai Srinivas’ crime thriller Rakshasudu directed by Ramesh Varma was a sensational hit. The director is presently directing Mass Maharaja Ravi Teja in an action entertainer Khiladi.

Meanwhile, Ramesh Varma announced his next project and also unveiled the title poster of the same. The film is titled Rakshasudu 2 and is a sequel for Rakshasudu. The poster showcases a psychopath who is seen carrying a dead body on his shoulder and an ax in another hand.

The film’s shoot will begin soon and the news is that a star hero will feature in the film and the name of the actor will be revealed soon. Satyanarayana Koneru of A Studios will produce the film on Havish Production, while Ghibran scores music.