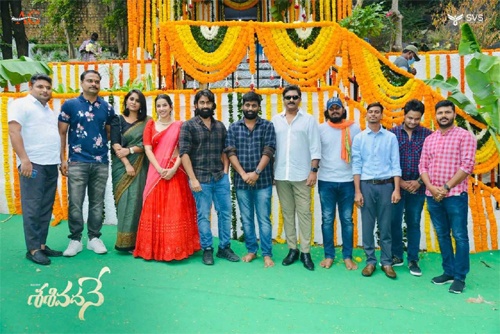 Young actor Rakshit Atluri garnered the attention of the film industry and the audience alike with his performance in ‘Palasa 1978’.

A movie headlined by him is now being produced by AG Film Company., which has collaborated with SVS Constructions Pvt. Ltd for the film titled ‘Sasivadane’. Produced by Ahiteja Bellamkonda, Komalee Prasad is its heroine.

Directed by Saimohan Ubbana, the film was launched today with a puja event. Prominent director Maruthi gave the clap, while music director Raghu Kunche switched the camera on. Producer Sarath Marar and others also participated in the event.