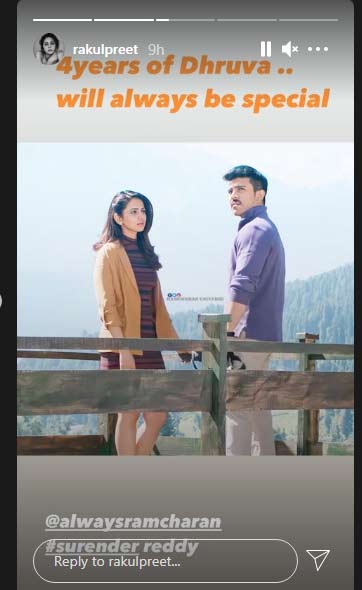 Released on this day, in 2016, Ram Charan and Rakul Preet-starrer slick action thriller, Dhruva, went on to become a decent grosser at the box-office. Directed by Surender Reddy, this official remake of Tamil hit Thani Oruvan was Ram Charan’s first $1 million movie in the US.

Rakul Preet took to Instagram and joined the fans as they celebrate 4 years of Dhruva. She shared a picture with Ram Charan and said that the film will always be special for her. She also posted another picture that was clicked while shooting for the super hit Pareshanura song, saying that it’s her favourite song and thanked the choreographer Bosco Leslie Martis and stylist Geetika Chadha. 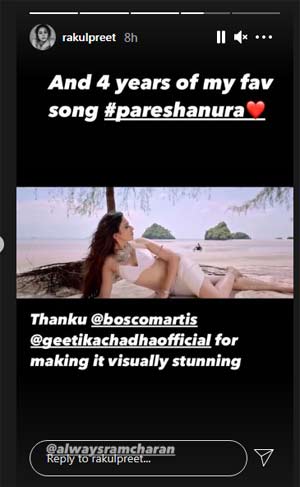