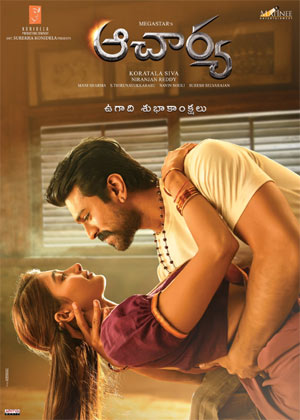 Laahe Laahe, the first song from Megastar Chiranjeevi’s upcoming social drama, Acharya, was released in March and turned out to be a good hit. This Manisharma composition was a festive song on Lord Shiva and Chiru and Sangeetha’s energetic dance moves left all the fans in jubilation.

Now, if the ongoing buzz is anything to be believed, Acharya makers are gearing up with the second audio treat. Apparently, the special song shot on Ram Charan and Pooja Hegde will be released in July. However, an official announcement is awaited in this regard. The song was picturised against a forest backdrop in the Maredumilli Forest.

Acharya also features Kajal Aggarwal and Sonu Sood in lead roles. This Koratala Siva directorial is being produced by Ram Charan and Niranjan Reddy. The makers are yet to announce the film’s new release date.