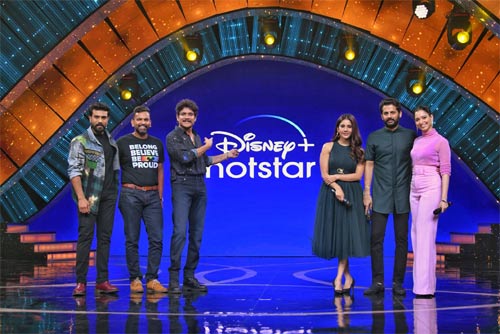 Bigg Boss 5 is a big stage for any film promotion. It is a known fact that Ram Charan has been chosen as the brand ambassador of Disney Hot Star a few days back.

So, as a part of the promotion, he will be seen promoting the App on the Bigg Boss show. What’s special is that along with Ram Charan, the team of Maestro has also shot for the weekend episode.

This week is going to be super special as some big names are nominated. Stars like Nabha Natesh, Tamannah, and Nithin will also be seen on the show.