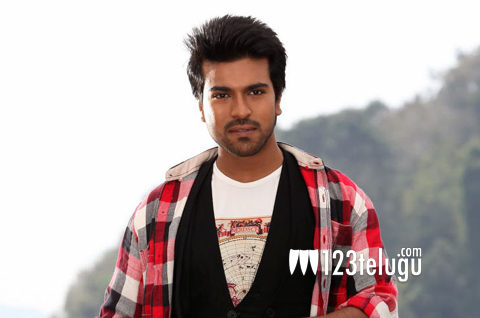 Ram Charan’s upcoming film Yevadu will soon be shot in Bangkok, Thailand. Till recently, the film unit canned some scenes on Ram Charan and Shruti Haasan in Hyderabad and now Ram Charan is in Bangkok to shoot the remaining part of the schedule. Vamsi Paidipally is directing the film and Dil Raju is producing it. Shruti Haasan and Amy Jackson are the lead actresses whereas Allu Arjun and Kajal are making cameos. Devi Sri Prasad is scoring the music. Buzz is that the film might hit the screens in the second half of July. Vamsi Paidipally is very confident about how the film is shaping up and it’s going to be a stylish action entertainer. Ram Charan will be wrapping up this film and then move on to the sets of his next film in Koratala Siva’s direction.