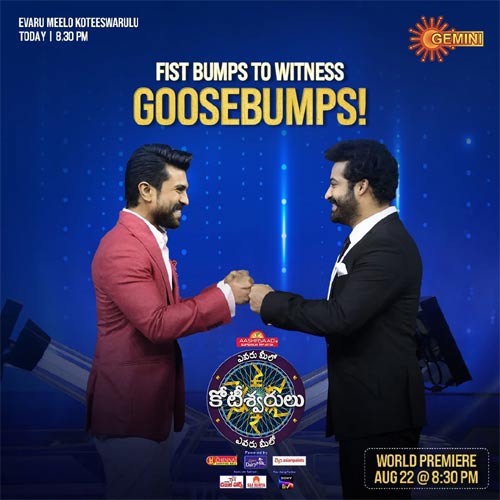 Ram Charan attended the inaugural episode of Jr NTR’s Evaru Meelo Koteeswarulu which premiered on Gemini TV. The candid conversations between Charan and Tarak stood as the main highlight of the episode.

When asked about Pawan Kalyan, Ram Charan said the former is like a father figure for him and he has immense love and admiration towards him.

Speaking about working with Chiranjeevi in Acharya, Ram Charan said it has been a memorable experience and he will cherish the same for his life. He thanked the director of Acharya Koratala Siva for making it happen.