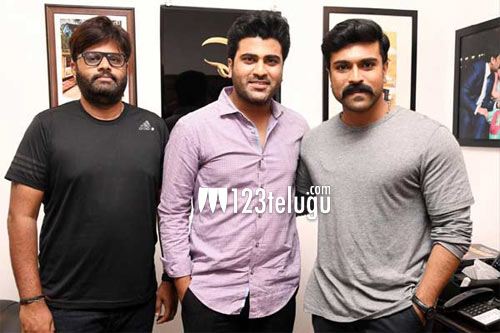 Actor Ram Charan unveiled the sound cut trailer for actor Sharwanand’s upcoming film Ranarangam on Sunday morning. While the gesture was much appreciated, he revealed interesting things as well.

It is known that both are good friends. Speaking about his friend Sharwa, Ram Charan said, “What we all love about Sharwa is his intensity and it is seen so well in Ranarangam. Of all his films my favourite is Ko Ante Koti. And I always felt like he should do another film with such an intense role. It looks like Ranarangam is that film I’ve been waiting for,” said the star.

The duo were classmates in their younger days.