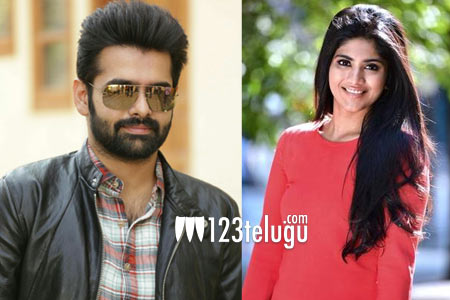 Earlier today, we had revealed news about Vijay Chakravarthy being roped in as the cameraman for Ram’s new film. The latest we hear is that the makers have roped in young heroine Megha Akash as the second heroine of the film.

Already, the film has Anupama Parameswaran as the main lead and now Megha is the new addition. An official confirmation is yet to be made on this news.

The shooting of this film will kick start soon in Hyderabad and Ram will be seen in a mass avatar. Dil Raju produces this film which is directed by Trinadh Rao Nakkina