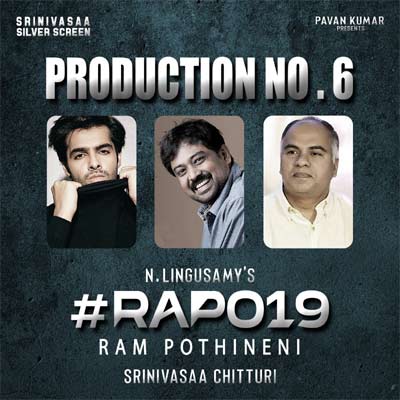 Tollywood hero Ram has joined hands with noted Tamil director Lingusamy for a Telugu-Tamil bilingual project. The film marks Ram’s debut in in Kollywood, while it also marks Lingusamy’s Tollywood debut. Popular Telugu-Tamil actor Aadhi Pinisetty is playing the main antagonist in the movie. The film’s regular shoot commenced in Hyderabad in July.

According to the latest updates, the first schedule of this as-yet-untitled film has been wrapped up. The team has completed several crucial scenes which will appear in the first half in this schedule. Uppena beauty Krithi Shetty is the female lead in this Srinivasa Chitturi production. Devi Sri Prasad is scoring the soundtrack.