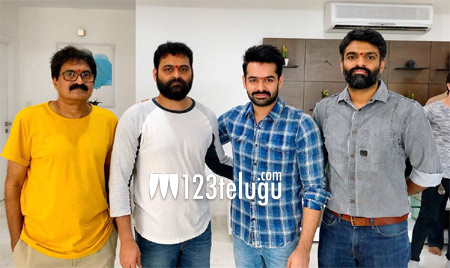 It is already reported that energetic hero, Ram will join hands with talented director Praveen Sattaru for an action thriller. The film will have Nela Ticket fame Malvika Sharma as the female lead.

Meanwhile, the latest update is that the formal opening ceremony for this film happened earlier today at Sravanthi Productions office. Reports suggest that Praveen is planning to shoot the film at exotic locations in Switzerland.

Sravanthi Ravi Kishore will be bankrolling this stylish entertainer. Keep watching 123telugu.com for further updates regarding this project.