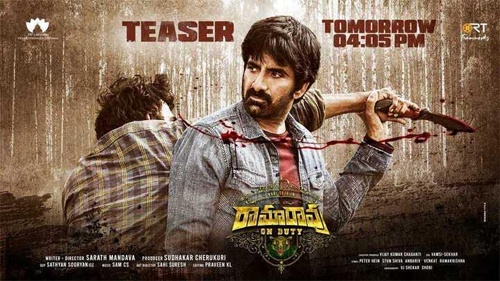 Ravi Teja’s upcoming movie, Ramarao On Duty, is in the news again. The action thriller, which is directed by Sarat Mandava, has two female leads – Divyanka Kaushik and Rajisha Vijayan. A couple of days ago, the makers announced that the teaser will be out on March 1, 2022.

Produced by SLV Cinemas and RT Teamworks, the movie’s shooting is currently underway. Sam CS is the music director for this movie, which has Venu Thottempudi, Nassar, Tanikella Bharani, Pavitra Lokesh and others in key roles.