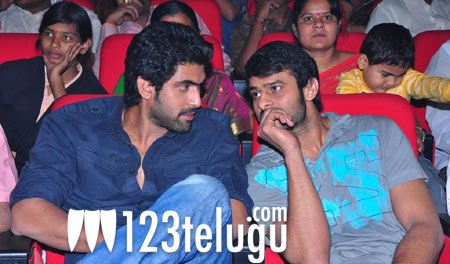 A strong buzz is currently being heard in film industry circles about Rana Daggubati’s participation in ace director S.S.Rajamouli’s upcoming project. The film will have Young Rebel Star Prabhas as the hero and Rana will reportedly be seen in a key role in this movie. Some people are even suggesting that Rana will play the negative role in the movie.

With his well built frame, Rana would be a perfect foe for Prabhas. Just imagine the effect on screen if these two hunks get into a raw physical fight in the film. The movie is currently in pre-production phase and shooting will start early next year.

The movie will have a period setting and will fall into the action adventure genre. Keeravani will be scoring the music and Arka Media banner is producing the project.