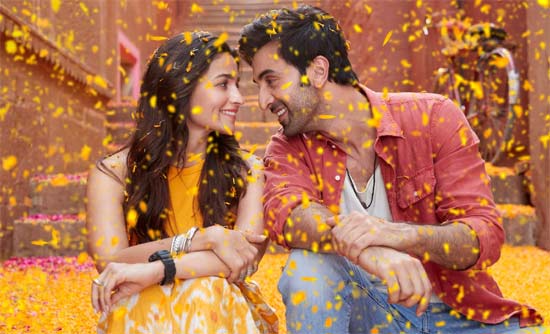 The most awaited Bollywood biggie, Brahmāstra Part One: Shiva has made the headlines again. Directed by Ayan Mukherji, the movie which has Ranbir Kapoor and Alia Bhatt as the lead pair will be out in theaters on September 9, 2022.

The entire B-town is busy talking about the duo, Ranbir Kapoor and Alia Bhatt. As the star actors are going to tie the knot tomorrow, the Brahmāstra director wished them in style.

He released a small video glimpse of the first song, Kesariya, which was shot in beautiful locations in Varanasi. The love song is soothing and so are the visuals. The glimpse ends with special wishes to the Brahmāstra couple.

Wishing our Isha and Shiva all the Love, Luck and Light as they gear up to embark on a very special journey in the coming days ❤️
Let's kickstart the celebration with something special from Team Brahmāstra ✨#Brahmastra pic.twitter.com/KFqdZrrCR9