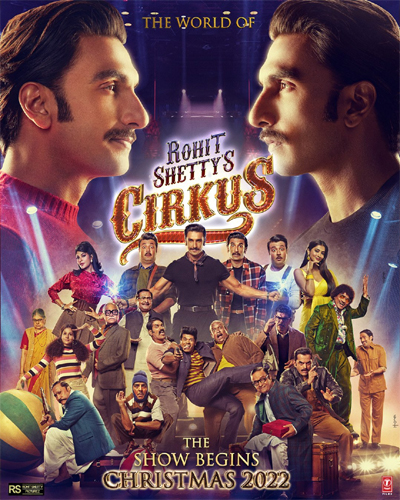 Ranveer Singh’s biggest hit came in the form of Rohit Shetty’s Simba. Now, the deadly combination is going to come out once again for a film called Cirkus. The film’s release date was announced today.

As per the news, the film will come out on 23rd December in a big way. Produced by Bhushan Kumar, the film has Pooja Hegde playing the female lead in this film.

Ranveer Singh will be seen in a wacky avatar in this comedy caper and the first look poster gives the same hint with loads of comedians featuring in it.