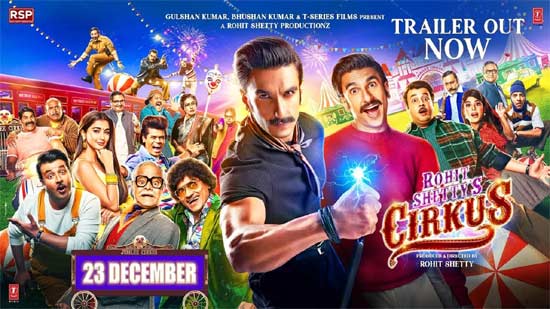 Ranveer Singh is in the news as his new film Cirkus has flopped big time at the box office. Though the film has been directed by hitmaker Rohit Shetty, it failed to impress the audience.

Now, the film has been removed from so many theatres India-wide. The trade predicts that the film will not even make 40 crores in its full run showing how big a flop the film is.

Pooja Hegde has also pinned a lot of hopes on this film but she also faced disappointment. Ranveer Singh played a double role in this film which was set in the 60s.