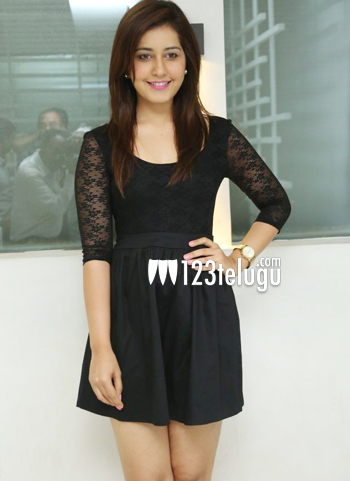 A few days back, we had reported that young hero Ram will be working with debutante director Srinivas Reddy for a film titled Shivam. Latest update is that the hot and happening Rashi Khanna is being considered as female lead for this film.

Though an official confirmation is yet to be received, the makers have almost finalized her. After giving a super hit in the form of Oohalu Gusagusalade, Rashi has become hot property in Tollywood. More details on this project will be out soon. Meanwhile, Ram’s next film ‘Pandaga Chesko’ is nearing its completion. The film’s first look stills were also released recently.