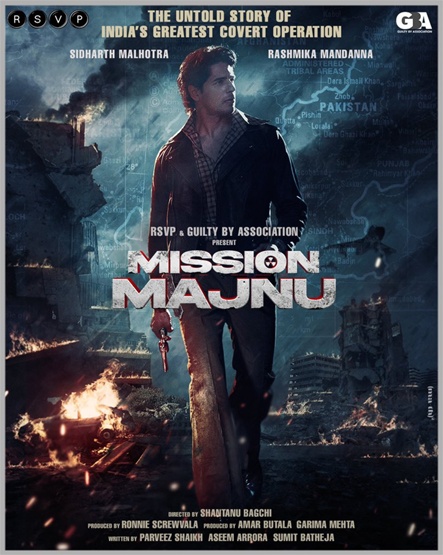 Here’s an exciting update for all the fans of young heroine Rashmika Mandanna. The talented beauty is all set to make her Bollywood debut with a high budget action thriller, titled Mission Majnu. The film also features young Bollywood star Siddharth Malhotra as the male lead.

Mission Majnu is based on true events and it is touted as a film on India’s secret intelligence agency RAW’s biggest covert operation inside Pakistan. The film is being produced by noted Bollywood filmmaker Ronnie Screwvala along with Amar Butala and Garima Mehta. Shantanu Bagchi is directing the movie.