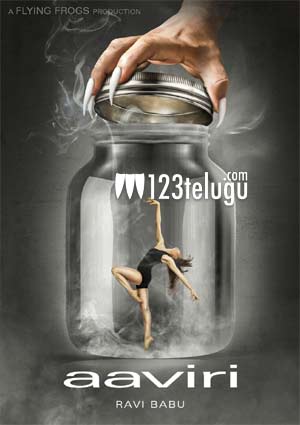 Actor turned director Ravi Babu’s penchant for thrillers needs no introduction. In the past, he had directed several psychological and horror thrillers such as Anasuya, Amaravathi and the successful Avunu franchise. And now, Ravi Babu has announced yet another thriller on the New Year’s day.

Ravi Babu’s next directorial has been titled Aviri. The film’s intriguing concept poster has also been released on the occasion. The unique poster has raised the curiosity levels. Aviri is said to be an offbeat film. The film’s cast and crew details will be revealed in a few days. Apart from directing the movie, Ravi Babu himself is producing it under Flying Frogs banner.