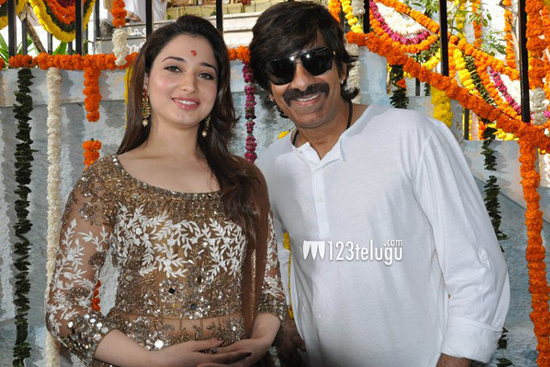 Mass Maharaja Ravi Teja recently appeared in Bengal Tiger opening with a very lean look and everyone has been wondering what happened to the handsome actor. But according to an update from a source, the look is intentional.

Apparently, Ravi Teja has decided to shed weight for a character he is playing and it is not known if this character is for an ongoing film or for an upcoming film. But this is just a temporary change and the Mass Maharaja will be back to his full glory in the film after this role is done. Currently, Ravi Teja is wrapping up Kick 2 in Surender Reddy’s direction.