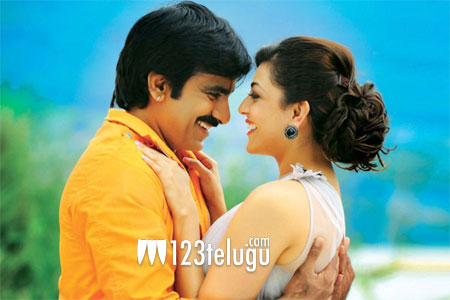 It’s well-known that Ravi Teja will be joining hands with Kandireega and Rabhasa fame Santhosh Srinivas’ for his next project. We had earlier revealed that Kajal Aggarwal will romance the Mass Maharaj in the movie.

It’s been reported already that this as-yet-untitled movie will be a remake of Thalapathy Vijay’s blockbuster cop action entertainer, Theri. However, the film will not be a faithful remake as Santhosh Srinivas has taken only the main theme of Theri, but tweaked the entire story to suit Telugu sensibilities.

Mythri Movie Makers banner will be bankrolling this high-budget action entertainer. Catherine Tresa will be essaying a key role in the movie. The film’s regular shooting will begin in July.