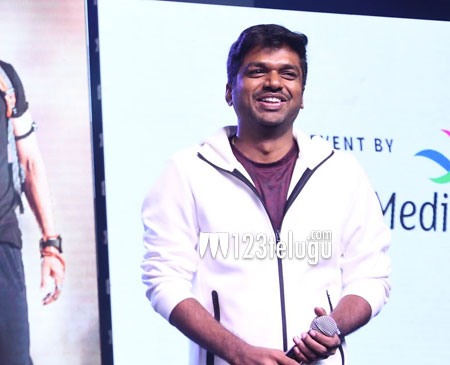 Ravi Teja, Mehreen starrer Raja The Great is all set to hit the screens on October 18, and there’s a lot of positive buzz about the film. Already, the film’s trailer and teasers have promised a joy ride, and Ravi Teja’s energy is being praised unanimously.

Incidentally, Ravi Teja has played the role of a visually challenged man in this action entertainer. At the pre-release event of the film, director Anil Ravipudi said, “It’s going to be a laugh riot and Ravi Teja will be seen in a totally new avatar. There’s a bit song where Ravi Teja has danced to the tune of Gunna Gunna Mamidi, and I can guarantee that the audiences will erupt with joy when they watch it on big screen. He will rock throughout the film.”

Sai Karthik has scored the music, and it has been produced by Dil Raju. Going by the reports so far, it looks like Ravi Teja and Anil Ravipudi are all set to deliver a solid entertainer.