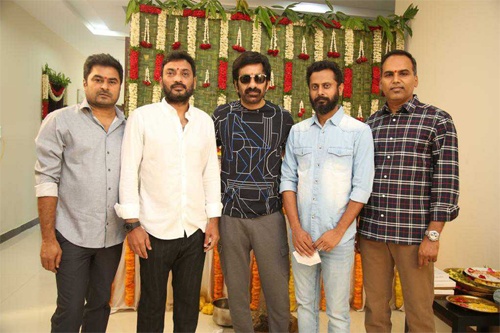 Hero Ravi Teja will be teaming up with debut director Sarath Mandava, who previously worked as a script writer for films featuring several top stars of South India. Touted as a unique action thriller inspired by real incidents, the film features Ravi Teja in a never-seen-before role. Majili girl Divyansha Kaushik is the film’s leading lady.

According to the latest updates, this as-yet-untitled film will be going on floors from July 1. A special set has been erected at Aluminium Factory for the first schedule. Ravi Teja and the film’s lead cast will be shooting for several crucial scenes in this schedule.