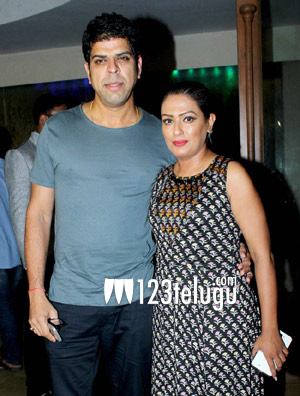 It is already reported that dashing director, Puri Jagannadh’s forthcoming film, Mehbooba has wrapped up its entire shooting formalities a few weeks back.

Currently, post-production actives are going on in a full swing. Meanwhile, an interesting update is that real-life couple Murali Sharma and his wife Aswani Kalsekhar will be seen as a reel life pair in Mehbooba.

They will be seen as the heroine’s parents. This intense romantic drama features Puri’s son Akash Puri and Kannada starlet Neha Shetty as the main leads.

The film is a cross-border love story, where Akash plays an Indian boy who falls in love with a Pakistani girl, played by Neha Shetty.

Sandeep Chowta is composing the music for Mehbooba which hits the screens this summer.