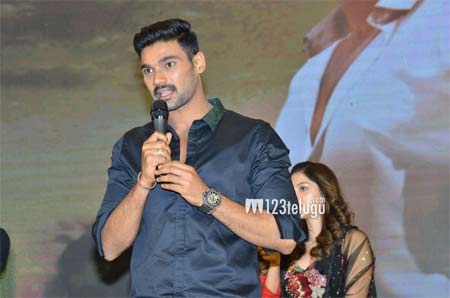 The action-packed teaser for Bellamkonda Sai, Kajal Aggarwal and Mehreen Pirzada-starrer ongoing romantic action thriller, Kavacham, was unveiled this evening. Sai impressed everyone with his portrayal of an angry young cop.

Speaking at Kavacham’s teaser launch event, Sai said that he had rejected 50 scripts before signing Kavacham. “I was waiting for a perfect content-oriented script and listened to more than 50 scripts. I had finally signed Kavacham after being bowled over by director Srinivas Mamilla’s story,” said Sai.

Neil Nitin Mukesh is the film’s main antagonist in Kavacham. Naveen Sontineni has produced the film and Thaman has scored the film’s music.