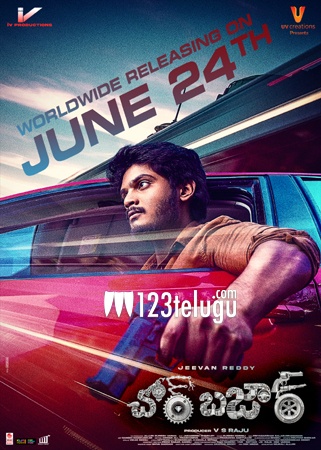 Young hero Akash Puri will be seen next in an action entertainer Chor Bazaar. Having Gehna Sippy as the female lead, the movie is directed by Jeevan Reddy of George Reddy fame.

The latest news is that the movie is all set to hit screens on June 24, 2022. Popular production house UV Creations is presenting it. The makers have released an intense poster to announce the same.

Produced by V.S Raju under the IV Productions banner, the movie has Archana, Subbaraju, Sunil, Sampoorneshbabu and others in key roles. Suresh Bobbili is the music director for this movie.